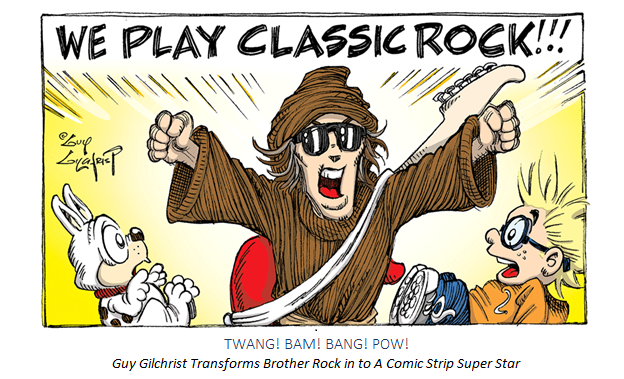 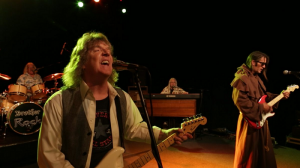 Who is Brother Rock?

Let’s be clear, while Randy is the creator of the comic strip and the musical director of the band, he is NOT Brother Rock.

Based in Nashville, TN, The Brother Rock Band boasts a revolving lineup that features some of Nashville’s finest studio and touring musicians.

“We’ve consistently been making high-quality rock music since 2000. There have been quite a few active members of the Brother Rock organization over the years. Some well-known national league players and some very talented local musicians have put their collective shoulders to the Rock-n-Roll grindstone and turn out some of the best music in the Classic Rock genre”, said Randy.

“The original idea for Brother Rock came in the early ’80s and over the years has turned into a labor of love”, says Randy, who has been playing professionally since the ’70s, opening for the likes of Molly Hatchet, Ozark Mountain Daredevils, and Cheap Trick (with whom Randy shared management).

“Nashville offers some great opportunities in the music industry, but it can also cause a different set of problems that would not be experienced in a non-music hub town. Keeping that magic set of players proved to be almost impossible. But having a moving set of great musicians who would lend their talents to the band/project was not only possible, but worked out amazingly.” he said. 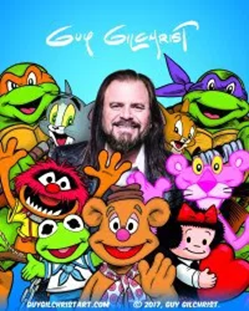 About Guy Gilchrist: Guy Gilchrist, at the age of 24, was hand-selected to create Jim Henson’s Muppets Comic Strip that was printed worldwide in 660-plus newspapers daily from 1981 to 1986.  Throughout the years, he has set his hand to such notable cartoons as The Teenage Mutant Ninja Turtles, Looney Tunes, Tom & Jerry, Tiny Toons, Jim Henson’s Fraggle Rock,The Pink Panther, Minnie Mouse, and was instrumental in the creation of The Muppet Babies!

Guy‘s iconic Muppets artwork was enshrined in the Smithsonian Institute in Washington DC. as symbolic of a National Treasure in 1984 after he was Guest of Honor at the White House.

Gilchrist took over the iconic Nancy comic strip in 1995, and 2017 marks his twenty-second year drawing Nancy, her Aunt Fritzi, and of course….Sluggo!  Continue reading… 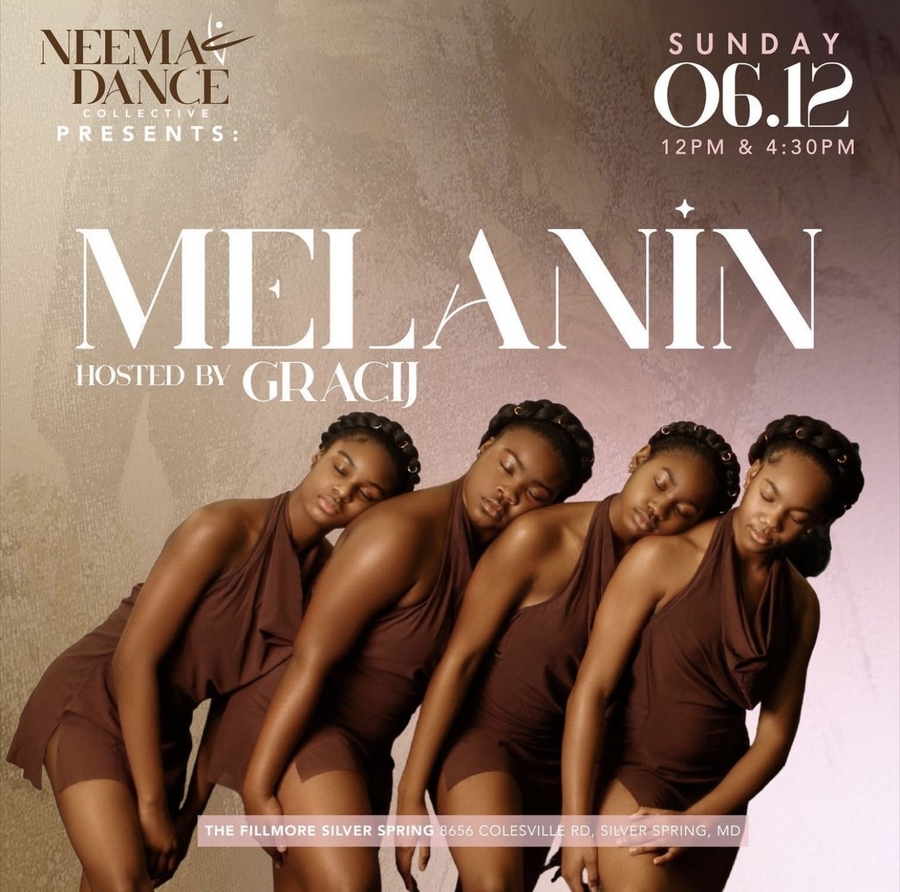