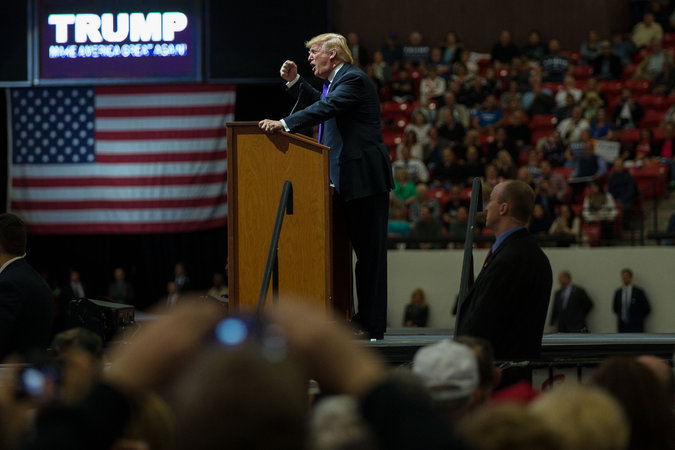 Donald Trump took a lot of heat for refusing to disavow former Ku Klux Klan grand wizard David Duke during a CNN interview. Now, the GOP front-runner is deflecting criticism back at the network.

On Monday, Trump blamed CNN, saying it gave him a faulty earpiece for the interview in which he balked at the question of whether he would condemn the endorsement of Duke and other hate groups.

“I don’t know, I mean, I don’t know. Did he endorse me, or what’s going on? Because, you know, I know nothing about David Duke,” Trump said on CNN.

Trump later appeared on the “Today” show and said he had no problem distancing himself from Duke.

“But what I heard was ‘various groups,’ and I don’t mind disavowing anybody. And I disavowed David Duke, and I disavowed him at a major news conference,” Trump said.

Duke, who led the KKK during the 1970s, said Wednesday that a white person voting against Trump would be treason to their heritage.

Trump has expressed dislike for Duke in the past. As far back as 2000, Trump had some choice words for Duke when he discussed the former Klansman joining the Reform Party.

“Well, you’ve got David Duke just joined. A bigot, a racist, a problem,” Trump said during an interview with Matt Lauer in 2000.

So Trump has been decrying Duke for at least 16 years, which makes his CNN interview all the more confusing.