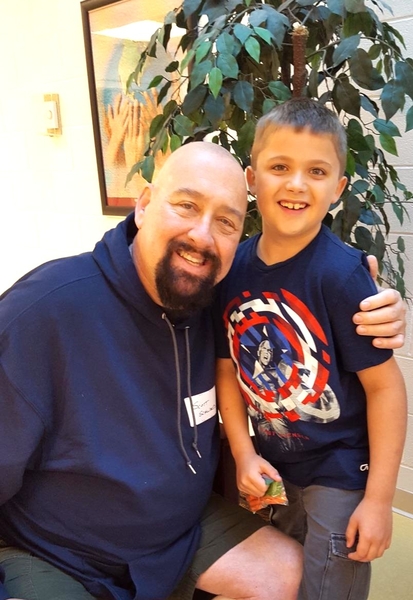 Scott L.Schwartz (Ocean’s 11, 12, 13) recently returned to Beecher, IL to show his support for Alicia’s House Food Pantry and helped raise over $50,000 for the food pantry.

Every year while he is in Chicago Scott takes time out of the fundraising to visit a Children’s Hospital Oncology Unit (cancer treatment unit). This year Scott decided to take some photos and videos out to Lucas Winarski at Gilberts Elementary School in Gilberts, IL. Lucas was diagnosed in 2015 after breaking his foot at his first ever peewee football practice. It took four different hospitals to figure out what kind of tumor he had and what kind of treatment he needed. After a ton of research and meeting with specialists his parents found a doctor at Cincinnati Children’s Hospital who had a good plan that was actually used before on a child. This type of cancer has been recorded 13 times in the US, and Lucas is one of the 13. The type of cancer that Lucas has is PHE (Pseudomyogenic hemangioendothelioma), which is an extremely rare type of vascular tumor located in the bones of his foot, leg and knee. Scott was honored to meet the Lucas’s parents and visit his school, where he also met the Principal, Mr. Z. (Craig Zieleniewski). Scott hopes to help raise awareness about this very rare and serious form of cancer, so that if others have it they can get it detected and start treatment as soon as possible.

Scott L. Schwartz is widely known as the “Ultimate Bad Guy” from his acting career including: Ocean’s 11, 12 & 13, Starsky & Hutch, Spiderman, Fun With Dick And Jane, Buffy The Vampire Slayer, The Mentalist, Castle, among other feature films and TV shows. What most fans don’t know is that Scott is really “The Ultimate Nice Guy” and has been visiting children’s hospitals worldwide for the past 19 years after losing his sister to lung cancer in 1998. He realizes the value and impact of making a lasting impression on children with cancer and how important it is to make each child feel special. Scott enjoys visiting pediatric hospitals and bringing what joy he can into the lives of every child he visits. They are always smiling during his visits and usually begging him to return soon.

The Scott L. Schwartz Children’s Foundation is making a difference in the lives of each child in need by continuing to visit children’s hospitals worldwide and helping Alicia’s House Food Pantry. For the past fourteen years Scott has been an essential part of the fundraising for Alicia’s House Food Pantry along with the late Chicago Cubs pitcher Milt Pappas and the founder (former pro wrestler) Juan Hernandez. Scott also had the honor of receiving the CHOC Glass Slipper Guild Award (a prestigious award that others that David Beckham, Gwen Stefani among others have received). He was also invited by General Mills to be an Ambassador for Outnumber Hunger. Outnumber Hunger partners with Feeding America and Big Machine Label Group to help Feeding America secure meals on behalf of local food bank. Scott will continue to show his support through raising awareness with his fans about Outnumber Hunger and the staggering issue of hunger in America.

Alicia’s House Food Pantry is completely supported by donations from individuals, businesses, and the various fundraisers. All of the money raised will go to feed the hungry and support the pantry. Alicia’sHouse Food Pantry is 100% Non-profit. To honor the memory of Alicia, who passed away at the age of 4, January 14, 2001, her Grandma Stella & her Poppy Juan started a non-for profit food pantry called Alicia’s House. Alicia’s House will continue to feed hundreds of hungry families and each box of food distributed will contain Alicia’s special loving touch. The goal of Alicia’s House is to try and alleviate hunger and some of the problems associated with hunger.

Alicia’s House provides food, at no cost, to low-income residents of Crete, Beecher, Steger, Monee, University Park, and South Chicago Heights. Alicia loved people and loved helping people. She would spend hours working with her grandma, at the church pantry, making boxes of food to hand out to people in need. Although her grandma had a specific way to nutritionally pack the boxes, Alicia would always add her special touch by making sure each box would contain a special treat, usually candy. 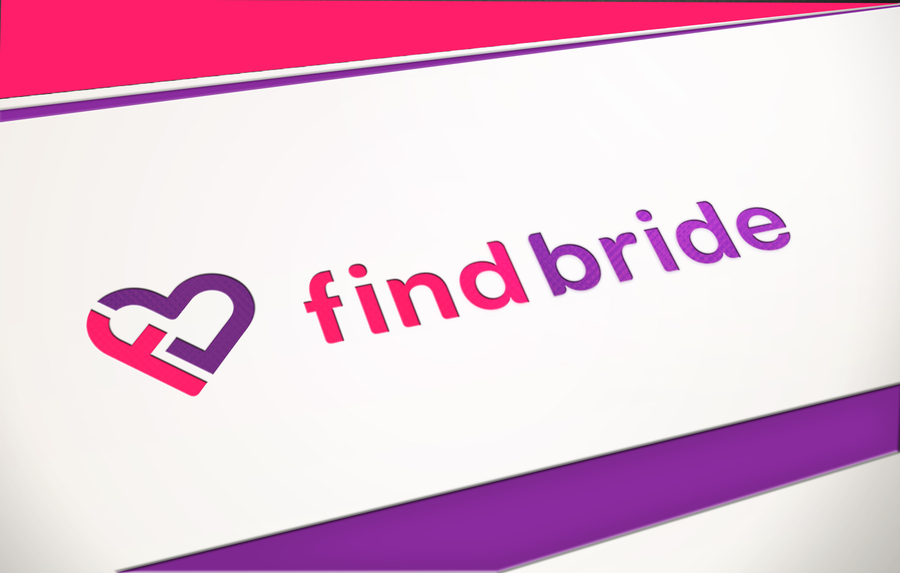 Build a Loving Relationship with Find-Bride.com