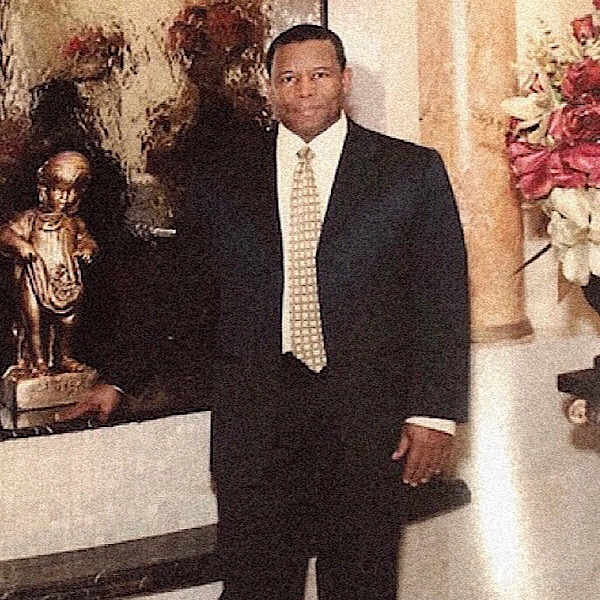 A sleep medicine specialist is trained in diagnosing and treating disorders involving sleep. Sleep disorders such as sleep apnea, restless leg syndrome and insomnia are very common and can often cause many serious health issues.

NEW YORK, NY, December 05, 2018 /24-7PressRelease/ — It is all too often nowadays that people underestimate sleep and its crucial role in our everyday lives. Maybe you’re the new mom & dad getting only two hours per night.  Maybe you’re the overworked entrepreneur burning the candle at both ends. Perhaps you’re the retiree who is suddenly, mysteriously struggling with an impossibly stubborn case of insomnia. Rest assured, though, there is help out there.

Carl A. Nicoleau, M.D., Ph.D. is leading the charge in the battle against sleep disorders of all kinds — and he’s winning. Dr. Nicoleau understands first-hand the needs of his patients, and effortlessly maintains his reputation as a first-class physician. He is widely regarded in both medical and general circles alike as a caring and attentive provider, and he has the online reviews to prove it.  He is the recent recipient of Vitals’ “Compassionate Doctor Award” and “Patients’ Choice Award”; he has also received commendations from Zocdoc for smooth-running schedules, quick appointment confirmation and, most importantly, return patients. Additionally, Dr. Nicoleau has received countless other distinctions throughout his career, and he has enjoyed a particularly successful 2018, with hopes that next year will be even better.

Carl Nicoleau’s name was hard to miss earlier this year, when he became the focus of a very grand advertising campaign featured on the iconic Times Square billboards at 3 Times Square, New York, NY. Information about his practice, specialties and new website (www.carlnicoleaumd.com) were featured, all larger-than-life, in the heart of Times Square, while capturing a potential audience of millions. Eleven separate billboards ran different images and information about Dr. Nicoleau in order to spread the word about sleep medicine awareness, Dr. Nicoleau’s excellent medical practice, and all of the ways he provides comfort and healing to his many happy patients.

“Obstructive sleep apnea can negatively impact virtually any organ system in both genders,” says Dr. Nicoleau, “It also increases the risk of cardiovascular diseases such as heart attack and stokes, diabetes, cholesterol, obesity, fatty liver, infertility, impotence, pregnancy related complications for both mother and fetus, even dementia. It is not widely known that mood disorders [ie. depression, bi-polar disorders] and many common malignancies are much more prevalent among people who suffer from sleep apnea.”

Lack of sleep, or the presence of undiagnosed sleep disorders, can carry serious health consequences. Ranging from common snoring to serious, life-threatening conditions, sleep disorders affect the lives of approximately 70 million Americans. That is about 1 in 5 people. Sleep medicine specializes in diagnosing, evaluating, treating and managing sleep disorders in all age groups.

Dr. Nicoleau explains: “Four percent of men and two percent of women have obstructive sleep apnea, but, sadly, ninety percent have not been diagnosed, and ninety percent are unaware that they have this condition.” Most would agree that is an alarming statistic. Dr. Nicoleau elaborates, stating: “One out of three to four adults suffer from undiagnosed obstructive sleep apnea. Importantly, most physicians have little training in sleep medicine, and the vast majority of patients are not being screened.”

There are three types of sleep apnea — (1) obstructive, (2) central and (3) complex — and the signs and symptoms of 1 & 2 overlap, sometimes making it difficult to determine which type any given patient has. “Usually there is no snoring during central sleep apnea, because there is no upper airway obstruction,” Dr. Nicoleau clarifies regarding a common misconception, “Rather, the brain forgets to tell the muscles of inspiration to breath, or, the respiratory muscles do not respond to the brain’s commands. So, patients who suffer from central sleep apnea can mistakenly believe that they do not suffer from sleep apnea, and thus not pursue a diagnostic sleep study. Sadly, both types of sleep apnea significantly increase the risks of strokes, heart attacks, and many other common and potentially preventable diseases.”

Sleep apnea results in sleep fragmentation throughout the sleep cycle, and degradation in the orderly transition through the four sleep stages of sleep, associated with periods of 7-8-9 hours of consolidated restful sleep. A commonly reported feature of obstructive and central sleep apnea is sleep deprivation. One of the most serious and potentially devastating consequences of sleep deprivation is that people misjudge their level of alertness and ability to handle complex tasks and become indecisive or make the wrong decision with devasting consequences. Most people fail to obtain the require 7-9 hours of uninterrupted consolidated nightly sleep for optimal brain function and health. “Many large scale tragedies, such as the Chernobyl and Three Mile Island nuclear meltdown, the 1985 Challenger explosion, the American flight 1420 crash, and the Exxon Valdez oil spill were linked to severe sleep deprivation, which is one of the hallmarks of sleep apnea,” explains Dr. Nicoleau.

Due to startling statistics, many sleep scientists have proposed that a diagnostic sleep study should be considered an integral part of the annual evaluation, especially in high risk groups. This condition exists amongst all ages, ethnicities, genders, and socioeconomic strata. Ninety percent of those who suffer from sleep apnea are unaware of it; ninety percent have not had any diagnostic sleep studies. In addition to the emotional and economic burden of undiagnosed and untreated sleep apnea, there are many associated health consequences. Dr. Nicoleau points out the connection between sleep apnea and life-threatening cardiac events: “Twenty percent of heart attacks and fifteen percent of sudden cardiac deaths occur between 12:00 AM and 5:00 AM during sleep. An overnight sleep study can determine whether sleep apnea is present. And if it is it can easily be treated.”

Carl Nicoleau, M.D., Ph.D. was educated at the Albert Einstein College of Medicine of Yeshiva University. He is committed to making patients’ comfort a priority, and to providing the best care possible. His celebrated, esteemed practice is located at 86-10 Roosevelt Ave., Suite 2B, Jackson Heights, NY 11372. The phone number is (718) 565-6880. The doctor himself is fluent in English, French, and Creole, enabling patients from a variety of backgrounds to receive his care. 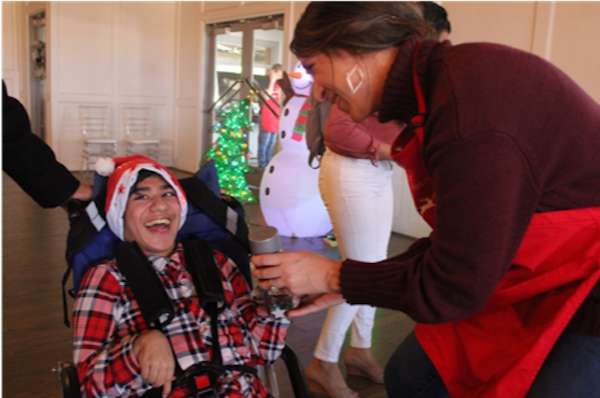 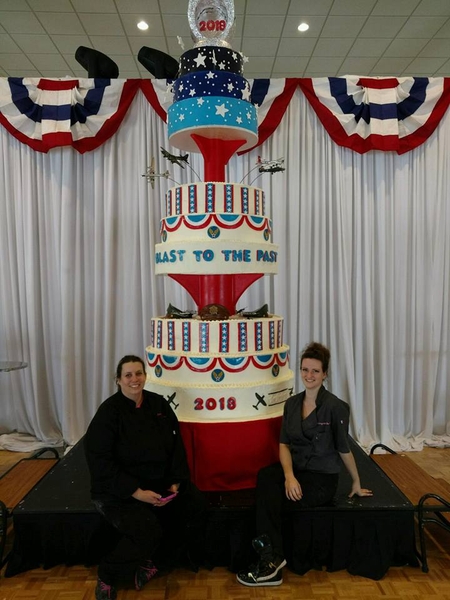 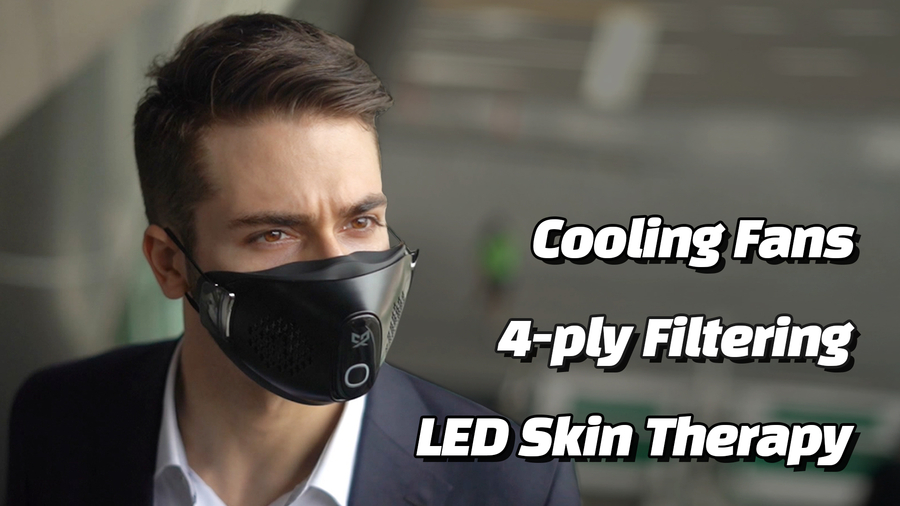