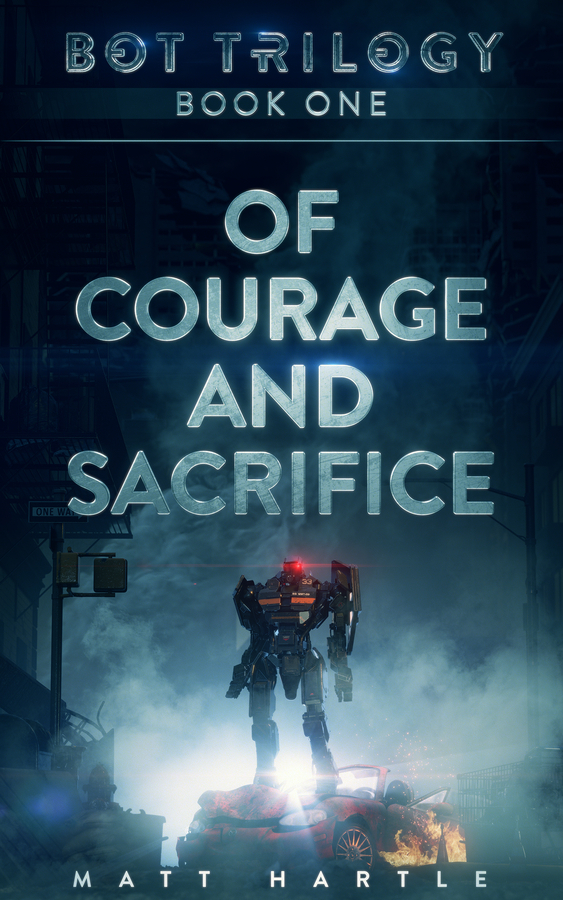 In a doomed America on the verge of collapse, a planned summer of fun for five teens turns deadly when a traitorous leader and a wily businessman lead a war against its own people.

Available now for Amazon kindle and in print.

KALISPELL, MT, February 26, 2022 /24-7PressRelease/ — For seventeen-year-old Adam, the troubling state of the world – with its rampant crime, crippling unemployment, and overall social decay – is normal for him after generations of slow decline. So as their last day of high school wraps up, Adam and his friends are ready for a laid-back summer and start it by heading up to the mountains for a camping trip. But when a violent confrontation with a reconnaissance robot sends them fleeing, they return home to find a technology-driven civil war awaiting them and begin an unintentional rebellion. Author Matt Hartle brings a fascinating story of advanced technology, moral corruption, and societal unrest in his dystopian fiction novel for young adult readers, Of Courage and Sacrifice, book one of the Bot Trilogy.

A generation into the future, it’s an America that has experienced years of low wages, joblessness, and neglect, one where refuse litters the streets, graffiti covers every available surface, and people wonder about, lost in their misery. On the west coast where Adam lives, in a city, once one of the greatest in the world, it’s now a nightmare of lawlessness with buildings and cars regularly torched, abandoned vehicles littering the roadways, and roving gangs of thieves preying on citizens – a free-for-all for criminals and degenerates.

Leaders have failed to rescue their society, with Congress and partisan politics having stymied any hope of progress long ago, blinded by their own loyalties and indecisiveness. Seeing a country on the brink, President Jim Forester makes a deal with the devil, telling himself he’s taking steps to enact change by making choices others before him were too weak to make, yet displaying a moral corruption that will have disastrous results. The devil in question is Travis Eckhart, a slippery, dangerous – and brilliant – man who heads an advanced technology corporation specializing in the factory production of robots. But these bots are not the same machines that have already replaced worker bee roles in everyday life, effectively destroying the human labor force. Eckhart’s secretly engineered bots are self-supporting and self-sustaining machines with radically advanced warfare capabilities, built with thinking, reasoning, intelligence, and autonomy – a dangerous combination.

Adam’s older brother, Ashton, is a Special Forces soldier, following in the footsteps of their Special Forces father. Adam wants no part of a military future after their father was killed during a covert training mission. The boys’ dad made sure they could take care of themselves, teaching them much of what he’d learned in the military. Little did Adam know at that time how handy those skills would serve him during an ill-fated camping trip – and beyond.

When Adam and his friends arrive at a mountain camp ready for some summer fun, they are ambushed by a reconnaissance robot who uses an electromagnetic pulse (EMP) to jam their cell phones and disable their car, leaving them trapped and in serious danger. When one of the friends has a life-threatening injury for ignoring the bot’s command – “compliance is mandatory during the transition” – the group of teens finds themselves in a race against time to save him. Nothing could prepare them for what they find when they return to the city.

The streets are overrun with bots, and martial law is in effect. Citizens are being loaded onto buses and trains and taken to transition camps. Anyone caught in the open is pacified and detained; not all of them survive. Adam and his friends go underground, meeting up with a brilliant but eccentric hacker who’s made a hideout among the tunnels of the city. Using the antiquated technology available to them, the unlikely revolutionaries begin to organize and, together, they will fight desperately to survive, unintentionally planting the seeds of a resistance that will become more important than any of them can imagine.

Worlds collide for young adult readers who will love the fast-paced thrills, the chemistry among the characters, and the interplay of science fiction and a speculative reality in Of Courage and Sacrifice. Author Matt Hartle expertly weaves a dystopian story that brings together elements of loss and longing, coming of age, and survival – a perfect cross-market read for young adults and adult readers alike who are searching for the next enduring science-fiction thriller.

If you would like more information about author Matt Hartle and Of Courage and Sacrifice, please visit www.amazon.com/author/matthartle

Matt Hartle is a visual effects creative director whose work has been critiqued by film icons such as Steven Spielberg, Chris Columbus, Robert Zemeckis, and Jon Favreau. A creative director and artist at various film studios, Hartle has worked on many projects, including Star Wars, Harry Potter, Transformers, and Pirates of the Caribbean. He has written several screenplays, short stories and directed several short films before writing his debut novel, Of Courage and Sacrifice.

Of Courage and Sacrifice is available now on Amazon Kindle and in print. 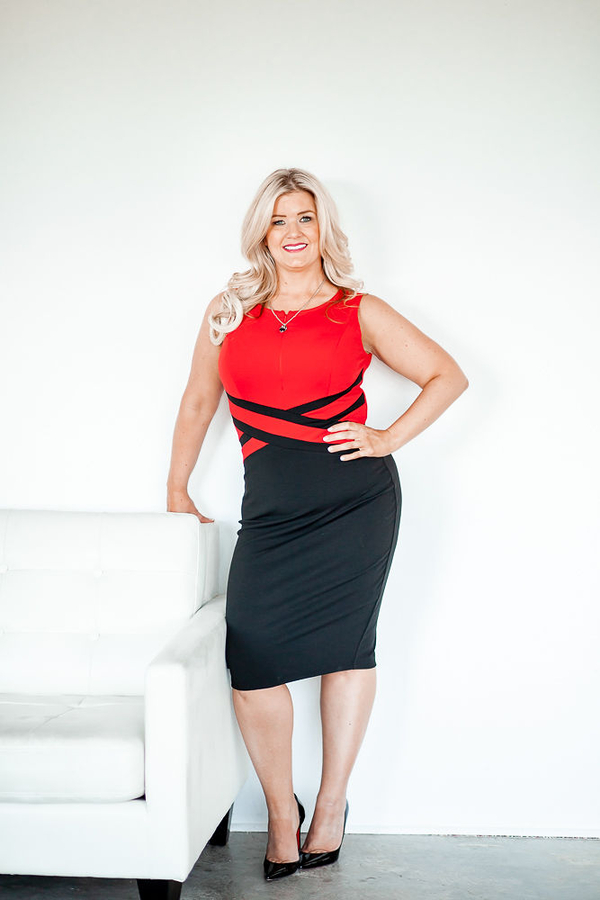 Mindset Coach Kristin Esparza Announces the Launch of First Episodes of New Podcast, “So She Did” to Discuss Issues that are Important to Women in Business and Life 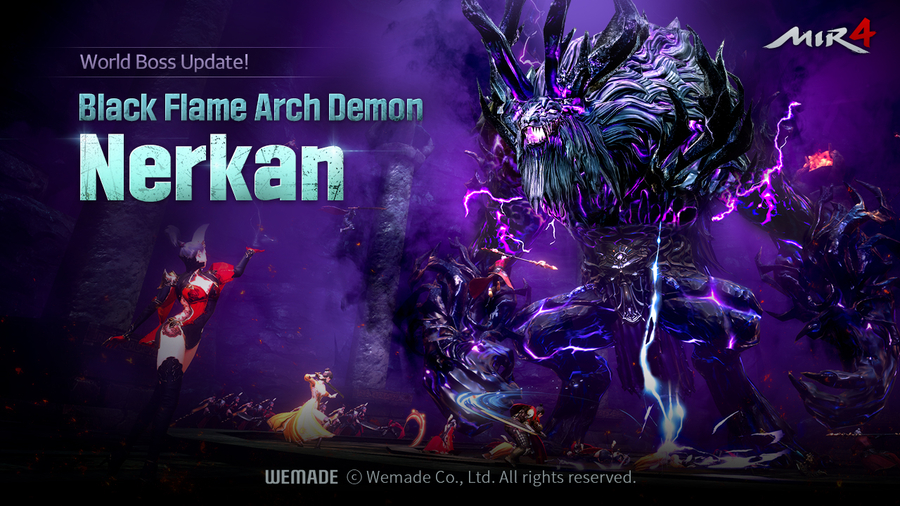 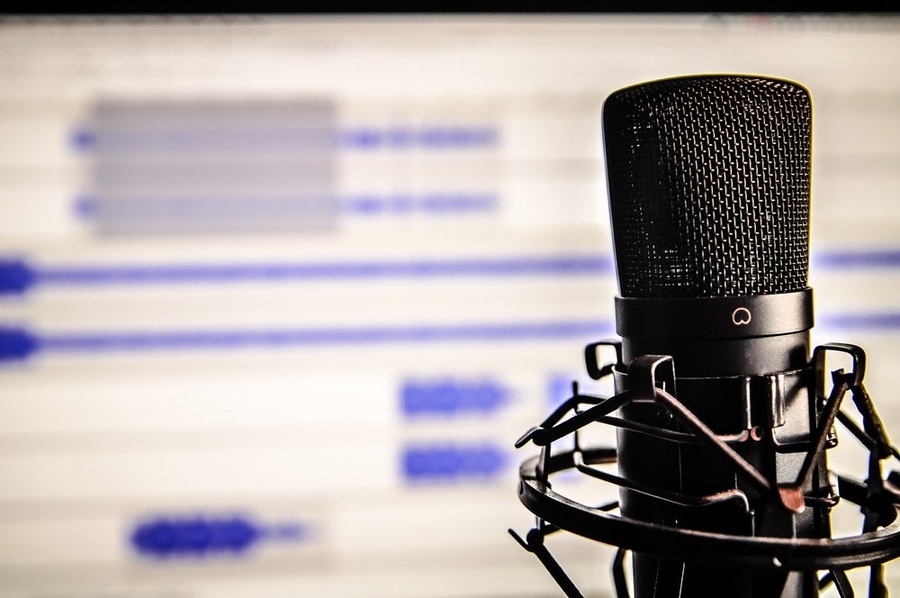