ATLANTA, GA, April 06, 2018 /24-7PressRelease/ — The interactive marketing campaign #PrimeUpATL has launched in support of Amazon HQ2 in Atlanta, GA. The campaign is designed to encourage bringing Amazon.com, Inc.’s new 2nd headquarters, known as HQ2, to metro Atlanta. In January 2018, Atlanta was named on Amazon’s shortlist for HQ2, with many analysts citing the city as a top contender. Supporters can sign a petition at www.PrimeUpATL.com to show Amazon that ATL is a prime location for HQ2.

The benefits of Amazon opening HQ2 in Atlanta are projected to include:
• 50,000+ high paying jobs created
• Generating 5 Billion in real estate investment
• Increased funding for the educational system, including new schools
• Improvements in transportation links and transportation infrastructure

Spearheaded by Alex Membrillo, the CEO of Atlanta based Cardinal Digital Marketing, #PrimeUpATL is designed to be a collaborative community effort to promote the city of Atlanta for Amazon HQ2. The “Prime Up ATL” brand campaign will market metro Atlanta as a place to live, work, and expand business growth.

“Atlanta is a national example for neighborhood integration and vibrancy, first coming into the worldwide spotlight when we hosted the 1996 Olympics,” explains Alex Membrillo. “Amazon has become a leader in just about every industry it touches and with just cause. Amazon has helped us in our daily lives and now it’s our turn to return the favor. We want to help ignite their growth by encouraging them to come to the #1 state for business,” says Mr. Membrillo. A supporter of small business growth and educational advancement in Atlanta, Membrillo was named the 2016 “Small Business Person of the Year, Rising Star” by Atlanta Business Chronicle and was recently inducted into Georgia State University Alumni’s 40 Under Forty inaugural class.

To help show Amazon how much ATLiens want them in the city, residents are encouraged to sign the petition at http://primeupatl.com. Supporters can also encourage the movement on social media by posting support with the #PrimeUpATL.

#PrimeUpATL is an interactive marketing campaign to encourage Amazon.com, Inc. (AMZN) choosing metro Atlanta, GA for their 2nd North American headquarters. Atlanta is currently on Amazon’s shortlist of finalist cities for “HQ2”. Benefits of Amazon HQ2 in Atlanta would include the creation of up to 50,000 high paying jobs, billions in real estate investment, increased funding for education, and improvements in transportation links and transportation infrastructure.

Supporters can use hashtag #PrimeUpATL or sign the petition at www.PrimeUpATL.com. 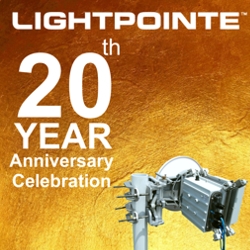