God’s Truth On The Roman Catholic Church, The True Church And Peter The Rock

PITTSBURGH, PA, September 19, 2019 /24-7PressRelease/ — Is the Roman Catholic Church the true Church based on the Christian New Testament? This is the ultimate spiritual authority question, for if it is valid we should all become Roman Catholics. Conversely, if their claim is debunked, then present day Catholics should leave that counterfeit religious system. Which is it? Dan Corner, Director of Evangelical Outreach, recently has this to say in response to that question:

Over 1 billion people in our day believe Roman Catholicism is the one true church founded by the Lord Jesus Christ and built upon Peter (the bishop of Rome), the first pope. The focus of that teaching comes from Mt. 16:18,19, but is that really what it is saying?

Simon Peter answered, “You are the Christ, the Son of the living God.” Jesus replied, “Blessed are you, Simon son of Jonah, for this was not revealed to you by man, but by my Father in heaven. And I tell you that you are Peter, and on this rock I will build my church, and the gates of Hades will not overcome it. I will give you the keys of the kingdom of heaven; whatever you bind on earth will be bound in heaven, and whatever you loose on earth will be loosed in heaven.” (Mt. 16:16-19)

Fact 1: “Peter” (petros in Greek is masculine), while “rock” (petra is feminine). Also, petros means a stone or boulder, while petra means a mass of rock, which is much different. That alone shows Peter could not be the “rock” upon which the church was built.

Fact 2: Peter was not uniquely given the “keys of the kingdom of heaven” (Mt. 16:19). Those “keys” are for binding and loosing, which the other disciples also had the ability to do:

That message was spoken to the “disciples” [plural] (Mt. 18:1). Hence, Peter did not uniquely get the “keys”. Those undeniable facts negate the solitary, authoritative claim Rome has given itself, but there is even more to note.

Fact 3: If Peter were made the head of the apostles, why didn’t the other apostles know it? Such is apparent as they were arguing amongst themselves over who was the greatest (Lk. 9:46; 22:24)? Why didn’t Jesus correct them by saying that he made Peter the greatest, if he really had? Even Peter viewed himself as a fellow elder, like those he addressed (1 Pet. 5:1); the apostle John addressed himself in the same manner (2 John 1).

Fact 4: Why didn’t Peter preside over the important Jerusalem Church Council related to salvation for the Gentiles, if he uniquely had the “keys” and was made the “rock” upon which Jesus would build his church (Acts 15:6-30)?

Fact 5: Why is Peter only one of the reputed “pillars” instead of being the only one or, at the very least, the pillar listed first? The order is “James, Peter and John” (Gal. 2:9) showing the other two men are at least equal in authority to Peter, further debunking Peter’s primacy.

Facts 6: How could Paul not be behind the chiefest of the apostles (2 Cor. 12:11), if Peter was indeed the chief and visible head of the church?

Fact 7: How could Jesus state John the Baptist was the greatest born of woman (Mt. 11:11), implying that John was greater that Peter (and Mary)?

Facts 10: There is no church office of Pope. Therefore, the alleged papacy and papal infallibility itself are mere empty claims. The real church offices are: apostles, prophets, evangelists, pastors and teachers (Eph 4:11), but no pope anywhere in the New Testament.

Nor is there any scriptural evidence of subsequent popes after Peter (known as apostolic succession). Ordaining others via the laying on of hands could not have applied to such a non-existent church office. This statement also includes Pope Boniface VIII and his famous Unam Sanctam decree of 1302. That Ex Cathedra (infallible) decree stating that one must be in submission to the Roman Pontiff in order to have salvation is meaningless, as are the other 100+ anathemas that the Council of Trent (1545 to 1563) has placed on all non-Catholics.

Fact 11: How could “Pope” Honorius I (625-638), after his death, be both anathematized as and branded as a heretic by a different Catholic Pope, at one of their own church councils, the Third Council of Constantinople in 680, the thirteenth and sixteenth sessions? How could the College of Cardinals elect Honorius I in the first place to be their pope, if they were led by the Holy Spirit?

Fact 12: If Peter really were a Pope like those in our hour (Pope John Paul II, etc.), how could Peter have neglected to mention Mary in both of his epistles (1, 2 Peter), as well as, in all of his salvation sermons cited in the Book of Acts? FYI: Pope John Paul II’s personal motto was “I am completely yours, Mary”, and he frequently spoke of her, which is extremely typical for all popes. Folks, Peter was right; Mary has absolutely no role in our salvation whatsoever. Remember Luke 11:27-28.

The Roman Catholic church declares itself to be “The Church” with the ultimate, spiritual authority of the one true church, but its claims are completely unfounded and they even violently clash with God’s word. The evidence shows the Catholic magisterium is untrustworthy and has misled multitudes of precious sincere souls, who have believed their teachings and their “approved” Marian apparitions. It remains the sincere Godly desire of multitudes of Christians, especially ex Catholics, for Catholics to let the New Testament inform them. We must all turn from sin and place 100% of our trust and faith in the PRECIOUS Lord Jesus Christ alone for our soul’s salvation. Folks, faithfully and unashamedly follow and serve Jesus till death to enter God’s kingdom (Acts 20:21 cf. 26:20; Lk. 9:26; Heb. 3:14). Such is the true saving faith in the PRECIOUS Lord Jesus, which will get you into Paradise after death.

Dan Corner, a former pastor and ex-Catholic, is the author of a number of books including ‘The Believer’s Conditional Security: Eternal Security Refuted’, ‘The Myth of Eternal Security’ and ‘Is this the Mary of the Bible?’.

Dan is available for media interviews, including debates, and can be reached using the information below or by email at [email protected], by phone at 724-632-3210 or by mail at PO Box 265, Washington, PA, 15301. His websites are https://www.evangelicaloutreach.org (EOMIN.org) and http://www.AlcanceEvangelistico.org (DBN-MIN.net) and http://www.EternalLifeBlog.com.

After graduating from college, Dan Corner got saved by reading the Bible. For over four decades, he has diligently served the Lord Jesus. Dan Corner’s pastoral, apologetic, counter cult and street evangelism experiences have equipped him to contend for the faith and win souls to Jesus from many backgrounds.

He is an ordained minister and director of Evangelical Outreach who pastored for almost seven years and has authored hundreds of Christian articles, answered thousands of emails and letters and has written several books of vital importance in our day. 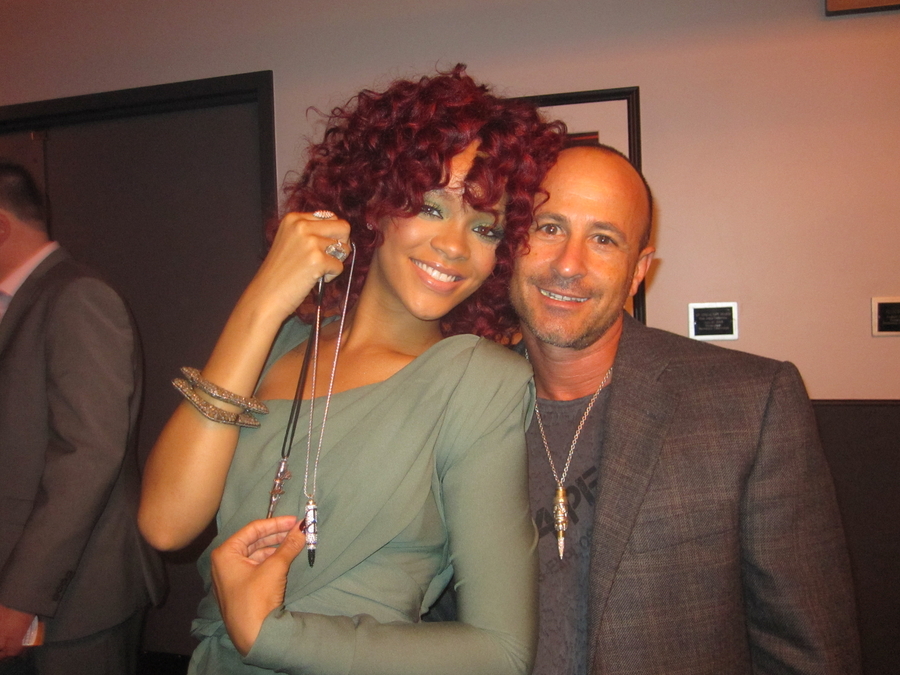 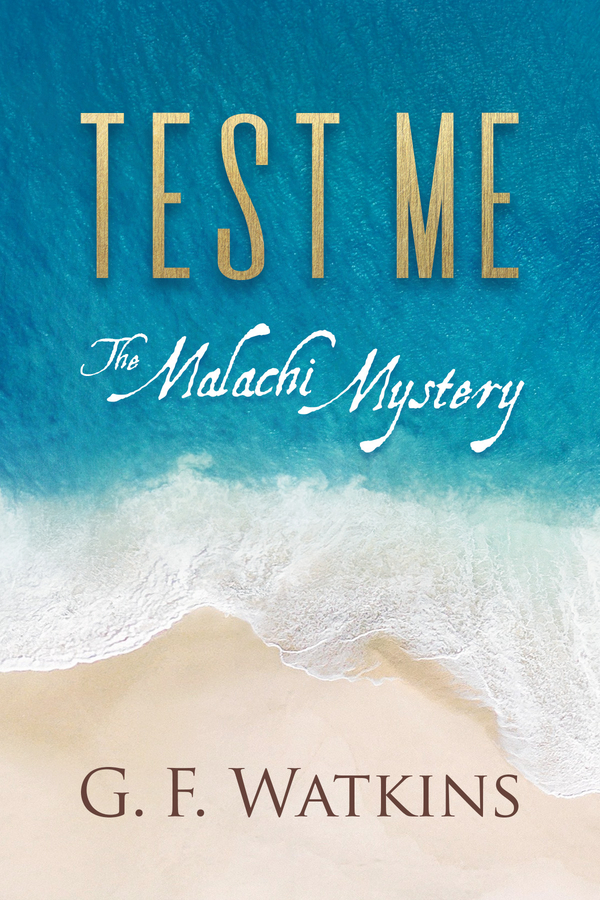 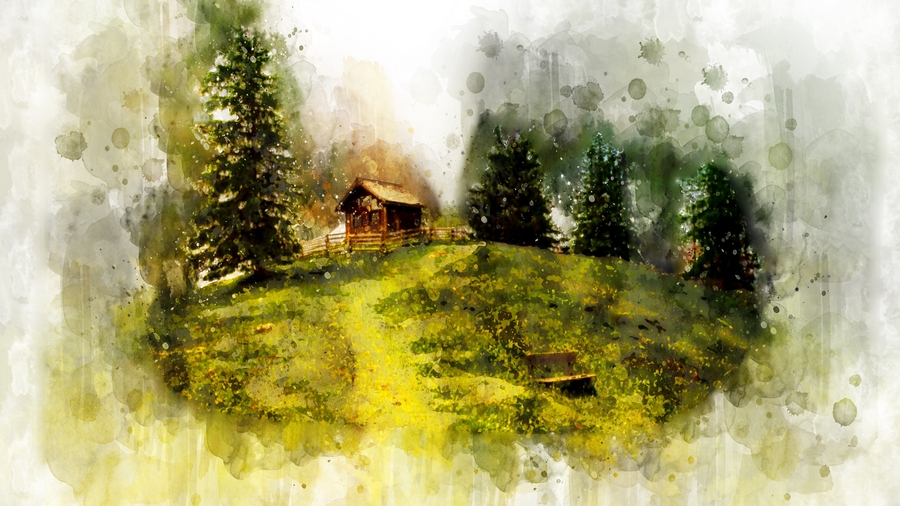 Political Leadership, the Midterms, And Donald Trump – Lessons In Self-Serving, Versus Self-Sacrifice Exposed In Epic Novel Based On Old Testament Revelations, ‘Gideon, The Sound And The Glory’